Goji berries are small fruits that originate from the Asian continent.  They are eminently valued in the Chinese traditional medicine. Besides being healthy and delicious, Goji berries prevent premature skin aging, cellulite and a lot of serious diseases.

Goji berries, also known as wolfberries are the fruit of Lycium barbarum and Lycium chinense – Asian plants of the family Solanaceae. Their name “goji” comes from the Chinese word gǒuqǐ. 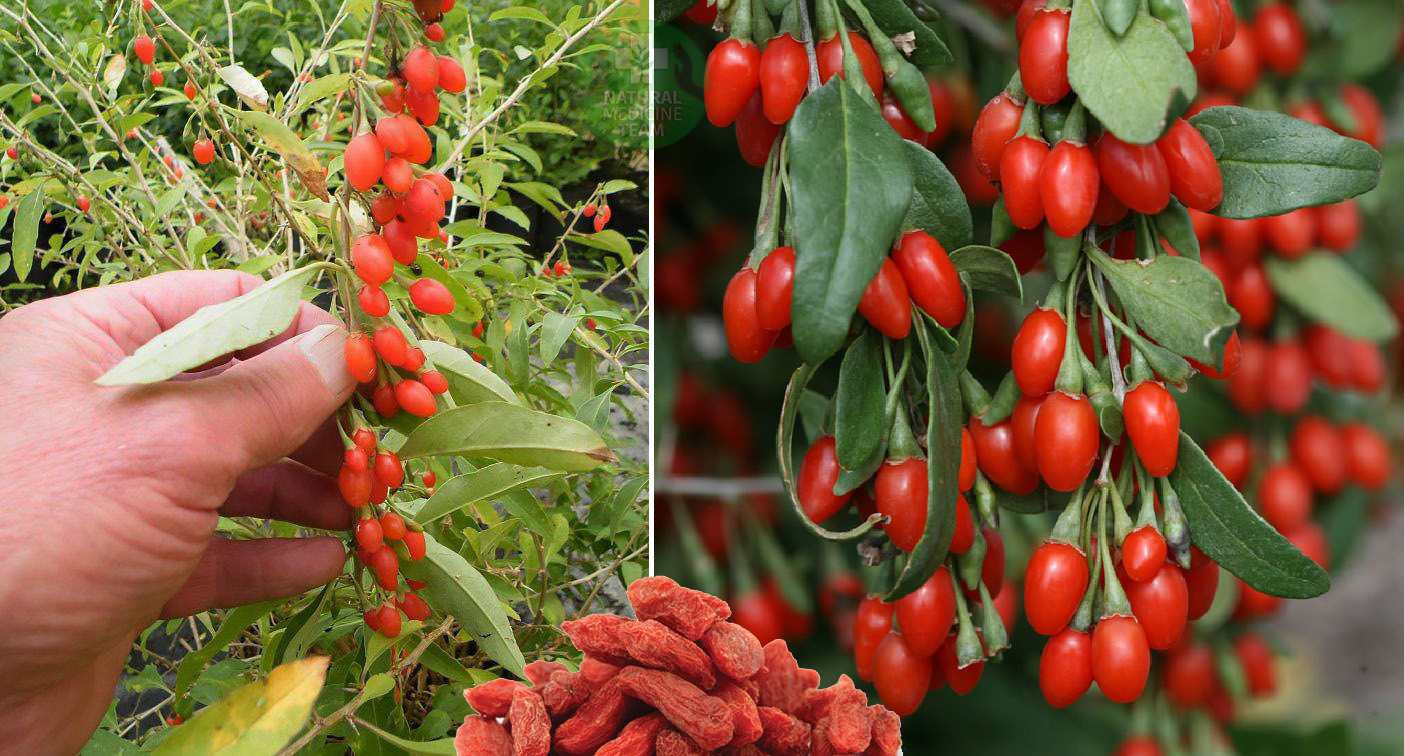 They are very highly valued in the traditional Chinese medicine since ancient times. They naturally grow in the foothills of the Himalayas. Not coincidentally, a legend exists in China that the Himalayan centenarians regularly ate goji berries.

Goji berries are rich with vitamins B1, B2, B6, A, E, and C (it contains a higher level of vitamin C than any other fruit), from minerals they are a source of phosphorus, zinc, calcium, iron, copper, potassium, magnesium, sodium and selenium. There are also 8 essential amino acids in the fruit, as well as omega-3 and omega-6 unsaturated fatty acids.

Among the phytochemicals, contained in goji berries, beta-carotene and zeaxanthin are especially important. Zeaxanthin is a carotenoid, which is of central importance as a pigment in the retina.

Prevents Cancer – This is one of the best and most important of the goji berry benefits. Actually, these brightly colored berries are enriched with potent antioxidants which eliminate tumor-causing free radicals from the blood, thus keeping different types of melanoma at bay.

Control Diabetes – Diabetes has risen as one the major diseases in the world in modern times. Controlling or preventing diabetes is absolutely necessary, as it can lead to the development of several other diseases such as obesity, heart disease, cardiovascular disease, stroke, and ocular diseases. One of the major health benefits of consuming goji berries is that it can help in controlling diabetes. Recent studies suggest that the fruit extracts of goji berries possess significant hypoglycemic properties. Studies also indicate that using goji berries to control diabetes will yield no negative side effects.

Improve the Vision – Goji berry, due to its antioxidant properties, has a positive effect on the eyesight. The antioxidants protect the eye from free radicals that may cause loss of eyesight, cataracts, and other eye-related disorders.

Aid in Weight loss – Wolfberries represent small packs of great healthy nutrients. Their rich, sweet taste, along with their high fiber content, can help you stay on track with eating healthy. Use them as a light snack to prevent overeating at mealtime. Add them in your yogurt or salad in the same way you would use raisins.

How To Consume Goji Berries?

You can eat them dried or soak them in warm water for about 10 minutes. The preferable dosage is 20-30 grams per day, before meals. You can also make a goji berry tea by boiling 2 tablespoons of dried goji berries in half a liter of water for about 5 minutes.