Dandelion is a flowering plant that is easily grown because it succeeds in most soils. It is often cultivated as an edible crop for salads and as a medicinal herb.

Dandelion is considered more nutritious than most vegetables since it possesses an abundant amount of vitamins and minerals and has a history of use as a food delicacy in many cultures. 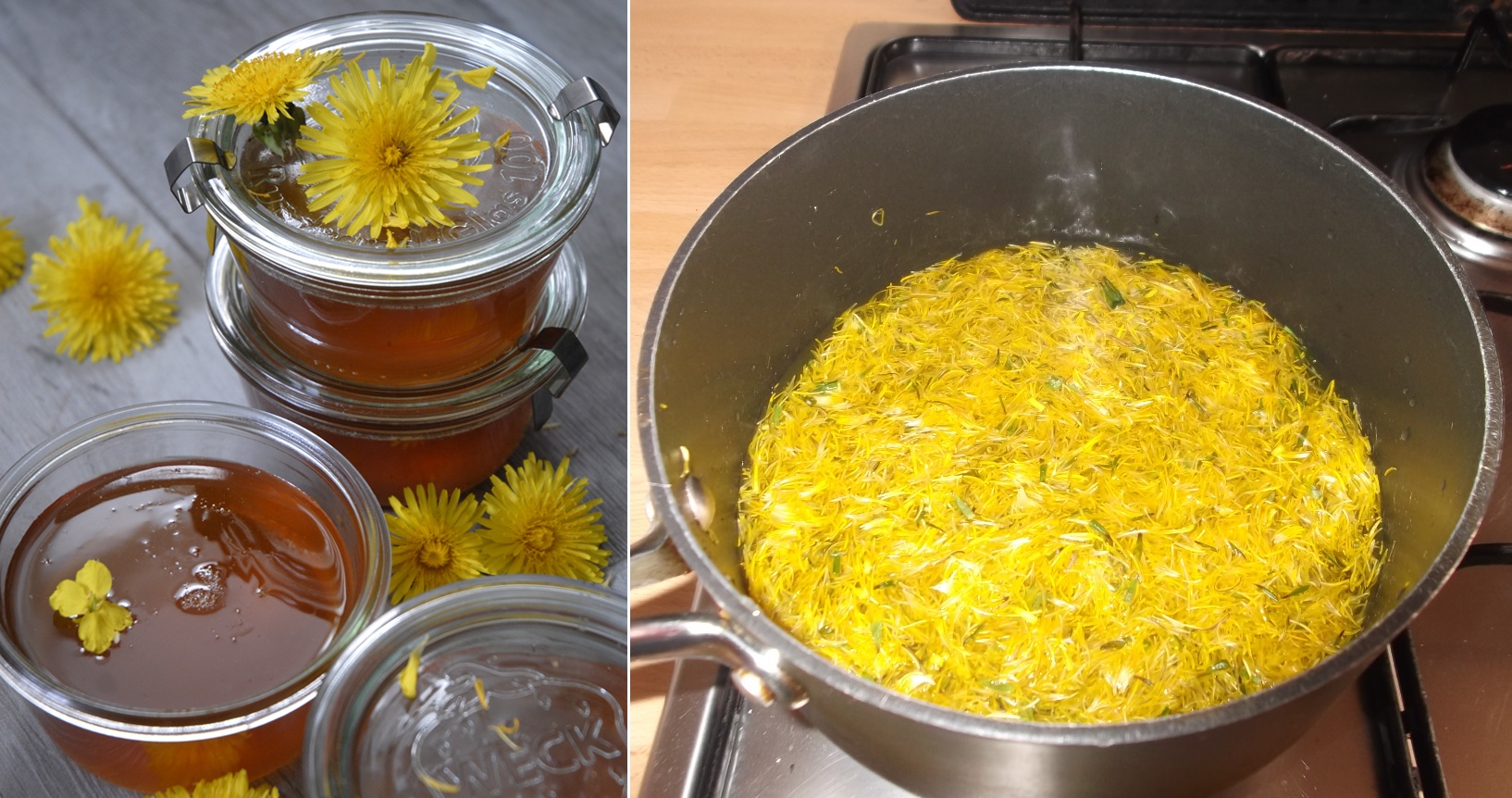 The flowers are eaten raw in salads, the leaves are cooked as a pot herb, and the roots are used as coffee substitute.

It is best to use young leaves because they are less bitter than the mature ones. Dandelion fresh flowers can be sprinkled with batter and fried, whereas fermented flowers can be turned into herbal wine which is both soothing and medicinal. Another great thing dandelion is used for, is making flower petals honey. Its striking resemblance to real honey is uncanny, and you can use it everywhere and as much you would normally use honey.

Always make sure that the flowers are not chemically treated because many toxins cannot be eliminated by boiling water.

For best result, pick the flowers during the daylight while they are in full bloom. Put the flowers in a large bowl and soak them in cold water for 10-15 minutes to remove any dust, dirt or to allow enough time for any insects to exit.

Pick the petals, discard the center of the flower and the stem, and measure the petals only.

Put the petals in a pot and add the water, vanilla bean, and the lemon slices. When the water is boiling, reduce the heat and cook for additional 30 minutes. Remove the pot from the heat and let it sit for about 5-6 hours.

After 5-6 hours, strain the liquid and remove the petals. Pour the liquid into a pot and boil it.

Slowly add the sugar to the boiling mixture and stir until all of the sugar is melted.

Reduce the heat and simmer up until it becomes thick and gets a syrupy texture. This process might take up to 4 hours. Pour the honey into a sealed container and keep it in the fridge.