Onions may be one of the world’s most underrated superfoods which offer incredible health benefits. This most widely cultivated species of the genus Allium is loaded with powerful compounds that are known to do everything from help fight illness to properties that can give you a glowing complexion. Onions are an incredibly rich source of sulfur compounds and also, contain lots of flavonoids which help to protect the body from cell damage. 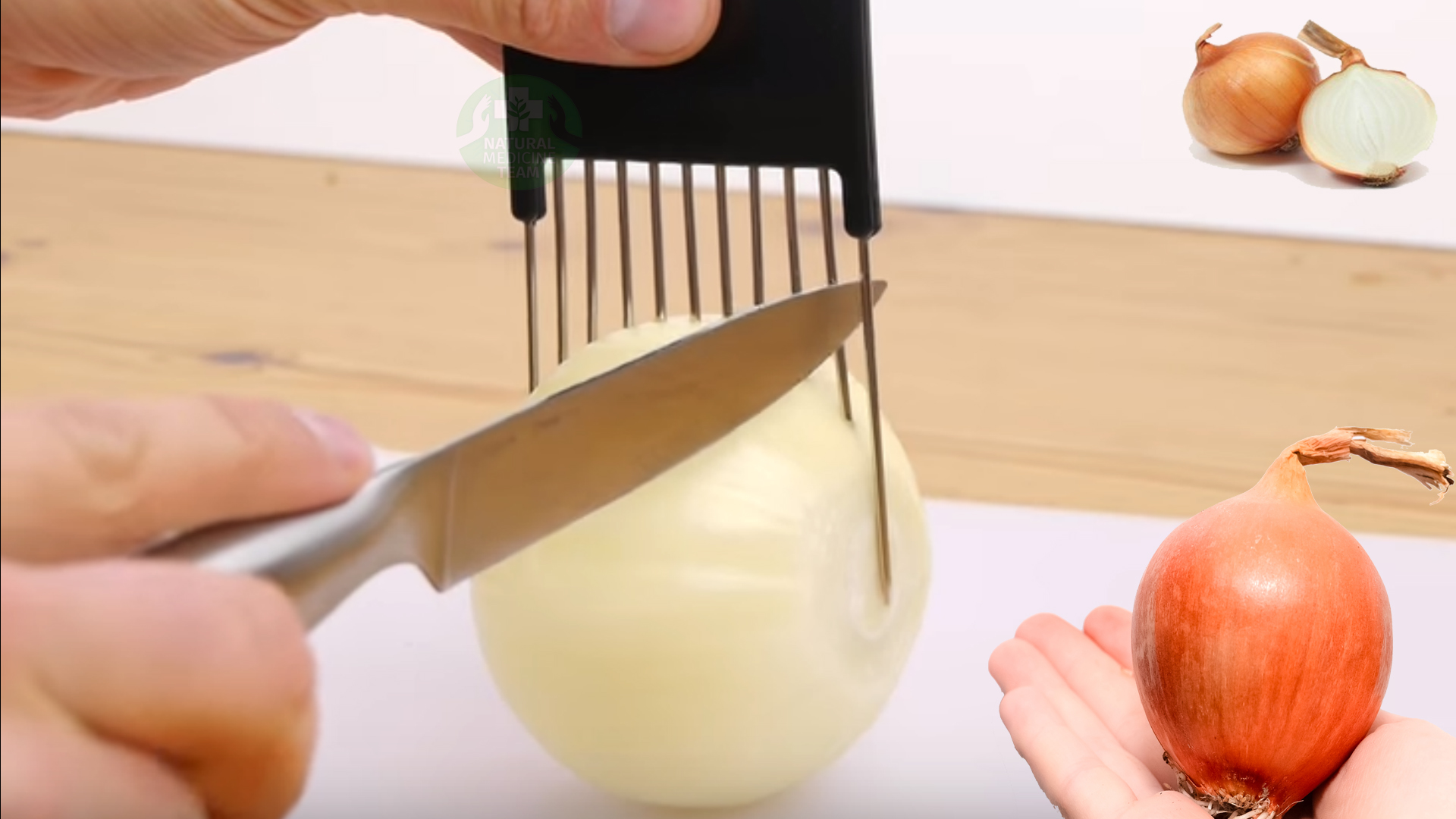 You’ll need a white onion, preferably one that comes in a netted bag. Don’t peel the onion, just cut it in half, and hang it somewhere in your bedroom (close to your bed). The strong onion odor will get into your nose and throat, and when you wake up in the morning you’ll be surprised from the positive results. Guercetin in onions prevent the release of histamines and that’s one of the primary reasons it makes the onion a fantastic natural antihistamine.

Slice an onion and hold it just underneath your nose if you get a nosebleed. Onion’s fumes act as a natural coagulant to stop the bleeding.

Onions can help cure insomnia, and although it sounds strange this definitely works.Just before going to bed at night, cut into a raw onion and take a few deep breaths of its aroma.

Use an onion to repel mosquitoes. It is much safer method than using some product from the store which comes with a host of chemicals. Slice an onion and toss it into a bowl of water. Place it on a table or other object near you. Also, you can rub an onion directly over your skin.

Onions help for eliminating those dark spots on your skin thanks to their sulfur compounds which act as an antiseptic. Also, the acids in onion work to exfoliate the skin. Rub a piece of onion onto those darker areas of your complexion after cleansing. Leave it like that for about 15 minutes and then rinse well.

Make an onion tea for soothing a sore throat. Use the skin of the onion… boil a cup of water with the skin of about a half of an onion. After the water takes the color of the onion skin remove the liquid, strain the onion peel and allow it to cool a bit.

An onion is a surprising way to enjoy better sex. They are considered one of the greatest of aphrodisiac foods. It can help increase the libido and improve the health of reproductive organs. Onion contains allicin, a compound which increases blood flow to the sexual organs, resulting in an increased sexual drive.

Apply the juice of a fresh-cut onion to the affected area and you’ll receive amazing positive effects. The pain will begin to dissipate almost immediately.