Various studies have proven that fluoride is toxic. A research showed that there is a strong correlation between water fluoridation and the prevalence of Attention Deficit Hyperactivity Disorder in the U.S. For the first time, scientists studied the connection between fluoridation and disorder. In case you didn’t know, fluoridation is the process wherein fluoride is added to water to prevent cavities. 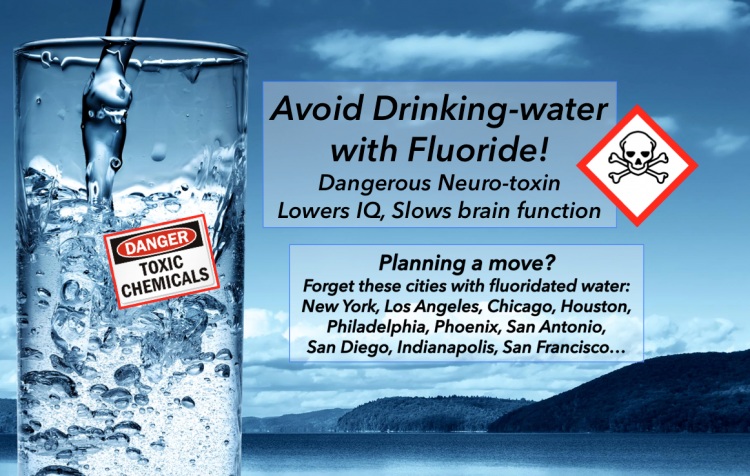 According to a study published in the journal Environmental Health, states with a higher portion of artificially fluoridated water had a higher prevalence of ADHD. Psychologists Christine Till and Ashley Malin, the authors of that study, stated that people who received artificially-fluoridated water in 1992 tended to have a larger proportion of children who received ADHD diagnosis in later years.

The scientists have come up with a predictive model which calculated that every 1% increase in the portion of the U.S. population drinking fluoridated water in 1992 was directly connected with 68,000 more cases of ADHD 11 years later. Also, it was associated with an additional 131,000 cases by 2011, after controlling for socioeconomic status.
Dr. Philippe Grandjean, a physician and epidemiologist at Harvard University, confirmed that those results are meaningful and believable. Water fluoridation is probably one of the biggest medical related deceits of our history and it is among the stories about nutrition, cancer, etc.

The disadvantages of fluoridation are more than just ADHD, according to a research from Kent University. There has been a sharp increase in hypothyroid cases in areas with greater fluoridation of water. This happens because it hinders the production of iodine and it is well-known that iodine is crucial for the thyroid gland. Insufficiently active thyroid can lead to weight gain, fatigue, depression, and painful muscles.

Many studies have shown that fluoride is a neurotoxin which means that it can damage the brain. As Grandjean said, fluoride seems to fit with many poisons that cause chemical brain drain and the combined damage on a population scale can be serious.